A Creative Springboard for Music

A short introduction to the application of acoustic measurements in the creative process, by Paul Bavister.

Musicians have an intuitive sense of space: Listening to the space around them as they make sound, musicians respond to returning acoustic signals by subtly modulating a performance, generating a unique work that is entirely suited to the space holding a performance.  This is a historic given, in that over the years, musicians have adapted performances to suit architectural spaces gently changing the way that a piece is received, and conversely subtly changing the way that spaces are designed.

However, it is getting much rarer to see a musician or composer writing music in a space that will hold the music. Studio technology has opened up endless opportunities for differing spaces, or no spaces at all. The role of architecture in the creative process is diminishing.

In our work on the MSCTY project [MSCTY x Culture Mile] with Arup, we aim to redress the balance, and use technology to simulate specific spaces for musicians to respond to acoustically. This allows musicians and composers the ability to write for the acoustic of a specific space, and generate a unique piece of music that is intrinsically linked to the site that generated the work. This text outlines the techniques we use, and how the project is developed.

Firstly, a series of sites were chosen, selected for an architectural relevance to its community, visual interest, to be as publicly accessible as possible and its ‘sound’. Spaces are chosen that show a blend of rich acoustic qualities, from the intimate to the cavernous, we want spaces that have a voice, a voice that can be a creative springboard for music. Once the spaces are selected, they are acoustically tested by world-leading acoustic consultants Arup. The acoustic test is a common test used in acoustic surveys of concert halls and other acoustically critical spaces:  A ‘sine sweep’ is played into a room; a pure tone that rises from 20hz to 20khz over 20 seconds. The sweep is recorded, and then analysed for a spaces acoustic properties, reverberation, clarity, definition etc. The locations of the speaker; and the receiving microphone, are called the ‘source’ and ‘receiver’ positions respectively. These also represent the spatial relationship between a performer and a listener, or audience.

The acoustic parameters are interesting to acousticians and architects, and work very well on a technical level, what is critical, is for a musician to use their ears, and develop an intuitive response to a space. So in addition to the acoustic parameters, the sine sweep can produce what is called an ‘impulse response’.  This is a computer generated retort, or snap, that contains spatialized acoustic data from the space. On its own, it’s fairly meaningless, but when dropped into a convolving reverb effect in a studio environment, it allows a space to be ‘convolved’ in real time, simulating the effect of a space digitally. 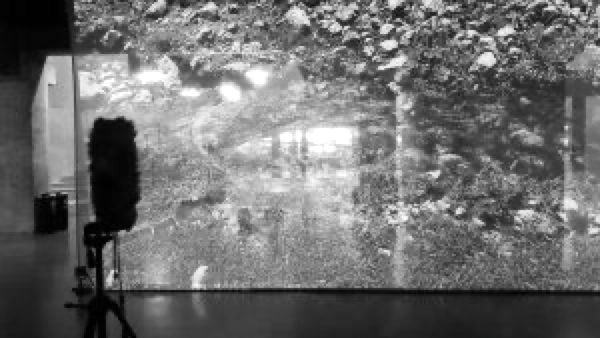 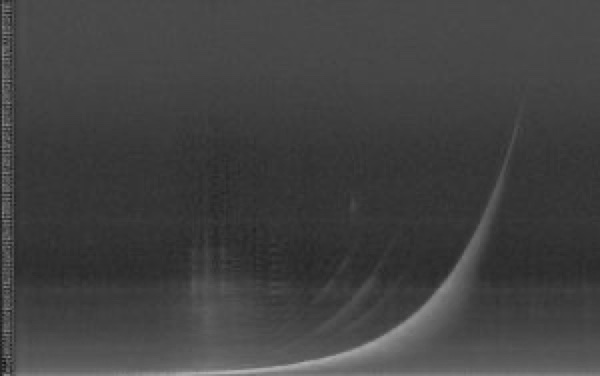 ‘Convolution’ is a process that is getting much more common in studios, and can be used to generate differing effects, from outlandish sounds, to the simulation of space. Most software has the ability to import impulse responses [IRs] – Logic Pro’s space Designer for example – and turn the IR into a reverb defined by a physical space.

This process allows a musician to use their intuitive responses in the creative process, generating a unique piece of music, linking site and sound. 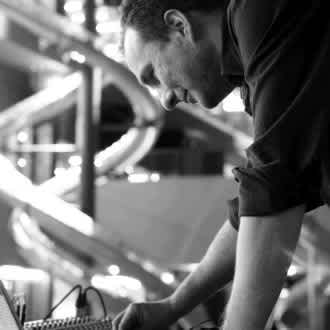 Paul Bavister is a London based architect at Flanagan Lawrence + a sound artist, and tutor at the Bartlett School of Architecture.