Join Lone Taxidermist on a sonic journey along the industrial-era wonder of The Rochdale Canal – the recently fully-reopened link between Manchester and Sowerby Bridge. 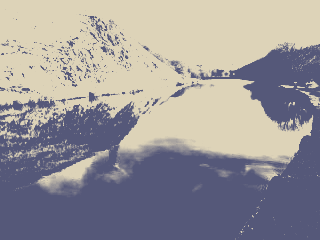 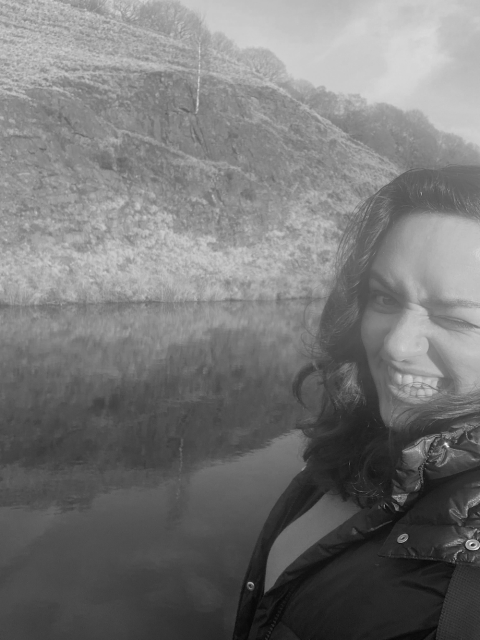 The Sound is Dizzying Around Your Body

We begin at the highest point, The Summit, the intersection of one of the world's oldest railway tunnels. At the time it was built it was also the world's longest railway tunnel – stretching 2.6 km, and I often come off the canal in order to cycle alongside it and marvel at its entrance. There's a deep drop where the the tunnel meets the mountain, and so I wanted to create a sense of falling into a deep abyss, constantly falling deeper into this drone-tunnel-of-echoes. When are out the other end of the tunnel we hear the train being hit by the storm, followed by the flood sirens, which were field recordings taken from when the area flooded in January. The sirens are the same ones as used in World War Two, and the frequencies bounce off the valley sides so you feel a sense that the sound is dizzying around your body.

Then we transition into Water – left from the storm. I had a lot of fun creating white noise on my synths that echo the sound of the harsh waterfalls, but the water has so many different sounds, especially where the canal and the river intersect: the canal is crystal, still and reflective the river is harsh, aggressive, and fast. When creating this scene, I imagined what the whirrs and drones from the industrial cloth mills along the banks between Walsden and Littleborough would have been like.

When we hear the cats purr we are taken in to the world of the Animals. The geese are an ever-present sound along the canal you can always hear them, I chose to represent them with wind instruments like the oboe and saxophone as the first part of their quack sounds like a horn. They became the frame work for all the other pigeons, dogs, sheep, llamas to dance around.

A dog walker apologised for her terriers aggressive attitude towards my bicycle wheels by saying “ he’s All gob and no dog” which made me smile.

Theres a cockatoo at the end of the animal scene who I see headbanging in his large conservatory, Im not certain what hes trying to tell me.

The Animals fall into the final scene, Fantasy, which I wanted to feel spiritual, devotional and psychedelic. I wanted it to feel soft and tender, as though you were being held by the canal very delicately, I wrote this piece very differently to how I usually compose, it was an excersise in softness and restraint, using very little instrumentation for each section.

Natalie Sharp [aka Lone Taxidermist] is an artist at the forefront of what The Quietus described as ’New Weird Britain’: “a new wave of underground musicians, creating immersive worlds for their audiences to participate in.”

With focus on presenting live music in non-conventional settings, challenging existing frameworks and expectations, she explores issues around gender and sexuality, pain and the body, pushing the parameters within a live setting. Finding it hard to categorise her work, she calls herself an 'octopus artist' or a 'janitor of art'. Natalie has collaborated with some of her heroines such as Gazelle Twin, Jenny Hval, NYX Choir and faUSt. Her work straddles; dada maximalist surrealism somewhere on the edge of magical chaos and entropy.

Lone Taxidermist takes you on a bicycle ride along the spaces + places of the waterway that inspired Rochdale Vivification.

Read a creative response to The Rochdale Canal by Rebecca Morrill + Guy Tindale and dive into over 1000+ years of good old British transport!